How to treat Ant Infestation 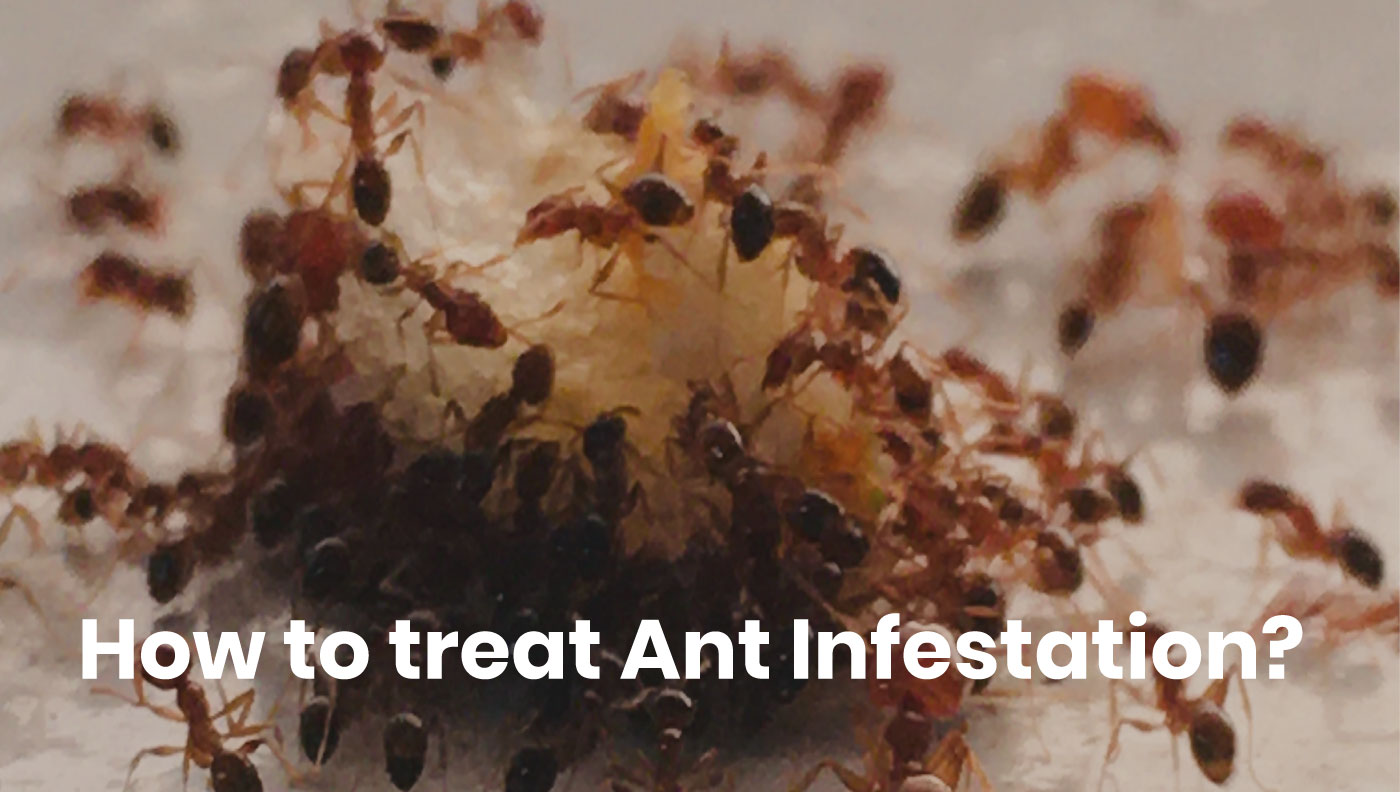 Ants are persistent pests. In order to treat ant infestation, it is firstly important to understand the ant biology and behaviour.
Ants are social insects that can form small to large colonies. A colony contains three types of ants, the queen, the workers and the males.

In the case of the worker ant, these types of ants are polymorphic (they have several sizes). Some species are monomorphic (one size only). Older workers gather food, younger workers store food, build tunnels and defend the colony, as well as feed, groom, transport and protect larvae.

The queen ant is the largest ant in the colony. She is the only female that reproduces. Some ant species only have one queen, such as pavement ants. While other have several, such as Argentine ants, Pharoah Ants and Carpenter ants.

The male ants do not participate in colony activities. Their primary role is to mate with the queens, after two weeks of mating they die.

How to treat Ant Infestation?

Ant nests will be located in the ground, and only occasionally marked by a mound or anthill. Pay attention to:

Lure ants to reveal their nest indoors or outdoors by doing the following:

A typical monogynous ant colony has 1000 members. The queen lays 10 eggs per day, it then takes 40 days for the eggs to mature into adults. So, spray treating the foraging individuals (workers) will control that generation of workers but will not always control the queens, drones (males) and brood.

If you do not control the queens, the colony can return to its original size in under two months.

Some food preferences for ants are carbohydrates, proteins and liquids.

Maxforce Quantum Ant Gel is a viscous liquid ant bait that is highly attractive to ants.

Maxforce Quantum Ant Gel is a ready-to-use, odourless, inconspicuous and non-repellent insecticidal bait for the control of ants in and around domestic premises, public buildings, food storage and handling premises and industrial premises.

Common Myths About Moles!
...
How to ant-proof your home!
...
Managing Flies
...
Our top bed bug FAQ’s
...
Do you suspect rats have take over your home?
...
Signs of a mice infestation in your home
...
What is so German about this certain Cockroach?
...
How to treat Ant Infestation
...
Why flies are DANGEROUS guests in your home!
...
Summer seasonal pests
...
Tamper resistant bait station
...
Signs of a rodent problem in your house
...
Welcome to the new Peststore.co.za!
...
Beat lockdown laziness
...
Stay Healthy, Be Considerate
...
There is a dead mouse in my house–WHAT NOW??
...